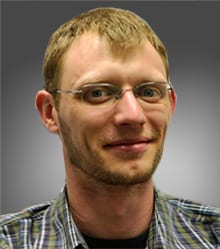 Matthieu BAUDELET graduated with a B.S. in Physics in the University of Lille (France) in 2003, starting his experience in Spectroscopy with Fourier-Transform Microwave Spectroscopy. In 2005, he graduated with a M.S. in “Laser and Spectroscopy” in the University of Lyon (France) and continued to complete his Ph.D. in the ‘Laboratoire de Spectrométrie Ionique et Moléculaire’ (Lasim, Lyon) working on “Laser-induced plasma and spectroscopic analysis” under the direction of Pr. Jin YU.

He showed the advantages of LIBS for biological sensing and food monitoring and wrote publications on the use of femtosecond pulses to improve this technique and the development of analytical techniques to understand and extract the maximum of information from the LIBS spectrum of bacteria. He continued his research on laser spectroscopy and sensing as a Senior Research Scientist for the Townes Laser Institute at the University of Central Florida (Orlando, FL). His panel covers the fundamentals of laser-induced plasmas, the application of laser spectroscopies such as LIBS, Fluorescence, Raman, FTIR, as fundamental diagnostics as well as sensing techniques for defense, industrial, environmental, biomedical applications and the study of propagation of ultrashort laser pulses for sensing purposes at distances up to the kilometer range. From 2012 to 2015, as a Research Assistant Professor of Optics in the Laser & Plasma Laboratory in the Townes Laser Institute, he is introducing and developing laser spectroscopy for atomic spectroscopy as well as electronic, vibrational and rotational molecular spectroscopy for studying fundamentals of plasmas, quantitative analysis and sensing in tabletop and integrated configuration as well as for stand-off detection. The fields of application go from forensic science (with a secondary joint appointment at the National Center for Forensic Science) to biomedical diagnostic to manufacturing optimization. 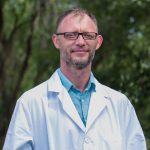 New research out of the University of Central Florida has the potential to give war crime investigators a new tool and the victims’ families closure.… 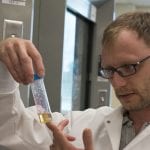 Research underway in the National Center for Forensic Science carries life-changing potential for people suffering from malnutrition or exposure to hazardous toxins. Malnutrition is the… 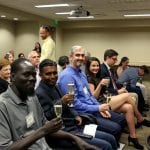 The College of Sciences celebrated its new Ph.D. graduates in a reception hosted by Dean Michael Johnson. Twenty students were recognized at the ceremony with their family…